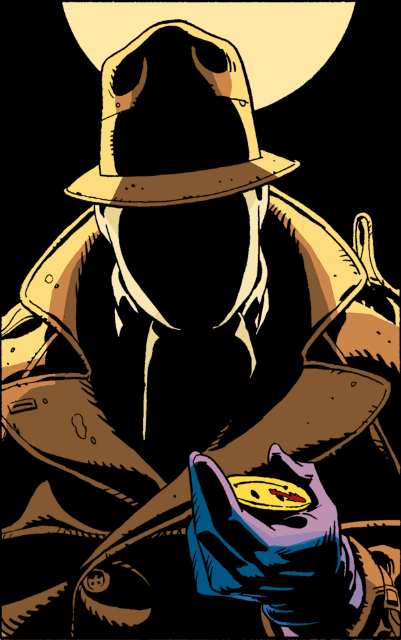 I’ve read “Watchmen” twice. Even though I was supposed to be learning for my exams at the time. I’ve seen “V for Vendetta”, the two seasons of  “The Walking Dead” and started reading both these comics.

In my opinion, of the casual reader that didn’t grow up with comics (surely not of costumed superheroes or preternatural events), “Watchmen” is the best. Maybe “V” had a greater influence  on what came afterwards, being the first of the two that Alan Moore released. But the visuals of “Watchmen” win hands down ( thanks to Dave Gibbons and John Higgins). “V” is pretty rough, the lines follow only the darkest shadows and the colouring is almost lifeless, to emphasize oppressive socio-political context, I assume. But visually, it’s dull. In “Watchmen”, the colour adds depth to a lot of iconic, memorable panels, and also manages to give a sense of unease (no picture perfect sunsets on the skyline of this city).  “TWD” is black and white which helps with consistency, but isn’t what you’d call eye-candy, and at times you can only recognize an important character based on the fact that he’s wearing a cap, because his facial features are totally off.

I mentioned “The Walking Dead” to say this: the comic isn’t great, it’s aimed too much at teenagers; the characters are pretty flat, with reactions that seem borrowed from animes. One example where it’s on-screen counterpart outshines the original.

All three are worth your time (“TWD” comic IS very catchy, but if you want a more mature view of the story the TV-series is your best bet).  There even is a book on the philosophical paradigms used throughout “Watchmen” : “Watchmen and Philosophy: a Rorschach Test” – which is very interesting to read.

I’m pretty biased in everything I’ve just said. Don’t take it personally. I might be horribly wrong.